The desert summer is leaving us for another year and the air is beginning to feel cool (ish), the galleries are re-opening and Fat Nancy took a stroll around Al Quoz and found an exhibition that re-ignited an interest in calligraphy in contemporary art – Pouran Jinchi, The Third Line. It brought to mind other artists working in a very similar way and left an itching to get back to old notes and dig out some favourites – in particular fellow Iranians,  Azra Aghighi Bakhshayeshi, Golnaz Fathi and Mohamed Bozorgi (ref. images at the end of article). You may not read or understand Arabic, but there is a musicality to the pieces and something meditative about the repetitious nature of their making that draws the viewer in. It’s understood that even a native speaker would struggle to define any actual letters in most of the works – someone once described the effect as a kind of whispering, the paintings murmuring to the viewer. The message is almost inaudible and they hint towards meaning rather than explicitly saying anything at all. Sitting in front of Jinchi’s paintings for while, FN found they hummed a tune to her too.

Jinchi is Iranian-born and now lives and works in New York. She returns to Dubai with her third solo show, The Blind Owl, continuing her investigation into deconstructing calligraphy and looking into the deeper complexities of the written word.

The artist explores the physical form and its signified insinuations through the lens of the dark narratives of The Blind Owl, a major literary work by Iranian author Sadegh Hedayat. In this series, Pouran interprets the Iranian tradition of calligraphy and Islamic geometry through the lens of contemporary aesthetics and focuses on the weight of letters, phrases and quotes to convey her own narrative.

Down the road on Al Serkal Avenue, not working with calligraphy, but aligned nonetheless through a similarly obsessive attention to detail and repetition, Aisha Khalid (born in Pakistan, lives and works in Pakistan) at Isabelle van den Eynde also looks at geometry and precision with respect to the spiritual. 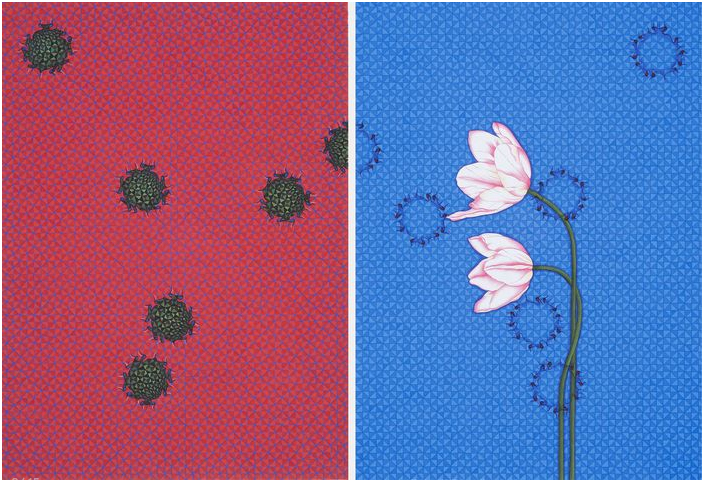 The exhibition title is a play on the commonly heard phrase ‘the devil is in the detail’, in other words, the difficulties or problematics of specificity. While the phrase denotes a process that is painstaking and undesirable, this show approaches the detail in Khalid’s work as generative and rife with creative potential. Spirituality, logic and the mathematical precision of geometry inspire much of Khalid’s work, particularly in the discipline’s approach to God and the universe. She manipulates these elements to delve into the endless possibilities that these patterns offer and render geometry a kind of spirituality, drawing on the artist’s belief that mathematics is a form of ‘divine knowledge’. 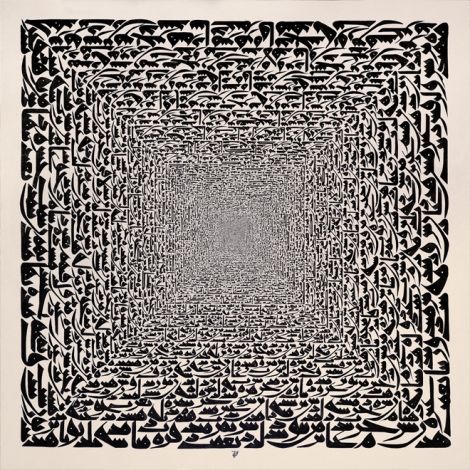 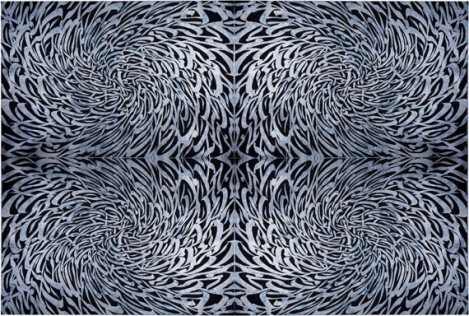