One of our all time favourite films is Buffalo 66, one of our favourite songs is Moon River. So when last trawling the web, researching said Buffalo 66, it was an absolute pleasure to find this gem:

For those of you who haven’t seen Buffalo 66, here’s a summary: having just served five years in prison for a crime he did not commit, Billy Brown (Vincent Gallo) kidnaps a young tap dancer named Layla (Christina Ricci) and forces her to pretend to be his wife. Layla allows herself to be kidnapped and it is clear she is romantically attracted to Billy from the start, but Billy all the while is compelled to deal with his own demons, his loneliness and his depression.

The subplot of Billy seeking revenge on the man indirectly responsible for his imprisonment, Scott Wood, is a reference to a former Buffalo Bills kicker, Scott Norwood, who missed the game-winning field goal in Super Bowl XXV against the New York Giants in 1991.

The balance struck between a haunting  vulnerability and dry comedy draws you into a tale quite simply of one person accepting love from another. 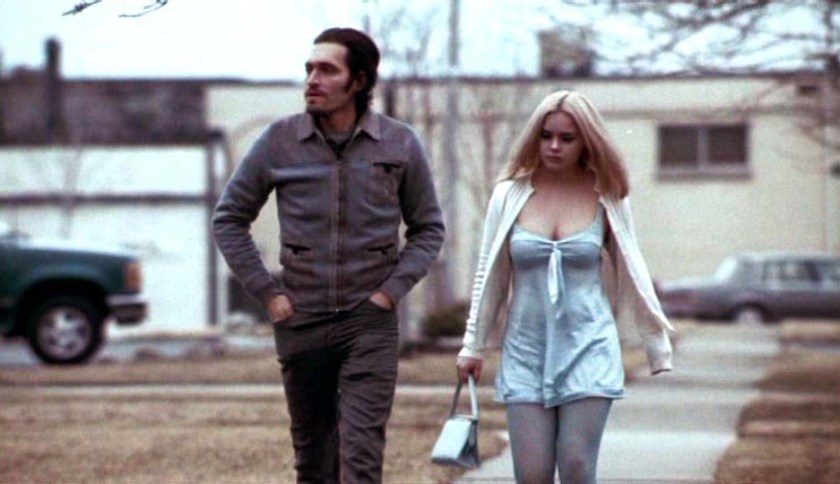 Gallo had difficulties working with his cast and crew. Gallo and Christina Ricci reportedly did not get along on the set. He called her a “puppet” who did what she was told. Ricci vowed to never work with Gallo again. She also resented the comments he made about her weight three or four years after filming. Anjelica Huston also did not get along with him, and Gallo claimed Huston caused the film to be turned down by the Cannes Film Festival. Although cinematographer Lance Acord was widely credited with the film’s distinct visual look Gallo has claimed credit for designing most of the film’s cinematography. He also publicly disparaged Acord, saying “This guy had no ideas, no conceptual ideas, no aesthetic point of view.”

You can buy prints at this address: vgmerchandise.com