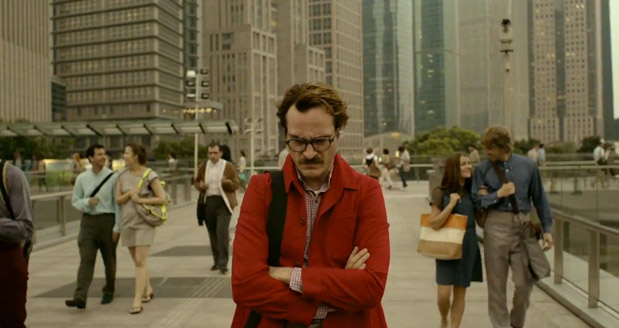 Spike Jonze is someone that needs very little introduction… but just incase, here is a brief one, courtesy of  FNND.

Jonze’s breakthrough video for The Beastie Boys song “Sabotage” earned him four MTV Video Music Awards. Throughout the 1990s, he directed music videos and commercials. In 1999, he acted in and directed Three Kings. Jonze’s first full-length directorial effort, Being John Malkovich, earned him an Academy Award nomination. He went on to  direct many of the most interesting and critically lauded movies of the past decade, from Adaptation to Where the Wild Things Are.

So what happens when a director known for his artful execution of big ideas decides to make a film about some guys computer operating system? 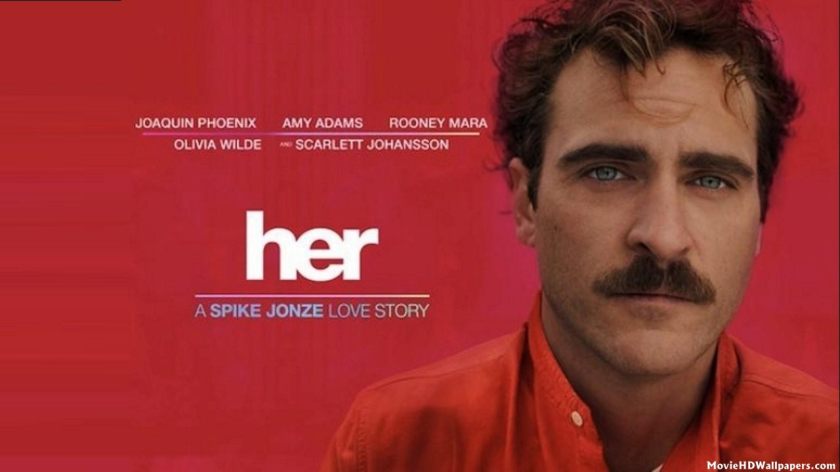 The film stars Joaquin Phoenix, Amy Adams, Rooney Mara, Olivia Wilde, and Scarlett Johansson as the voice of Samantha. The film centers on a man who develops a relationship with an intelligent computer operating system with a female voice and personality. 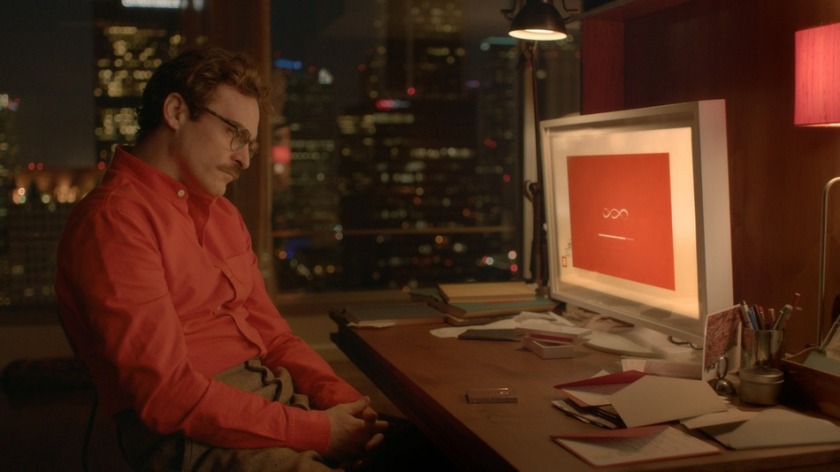 HER is set in the future – but only a bit in the future – it’s actually a remarkable reflection on modern life that’s not as far fetched as first assumed. Though clean by design, Her’s visual vocabulary never feels overly tailored. Its colours and imagery are deliberate,and they prop up a world based on comfort—both the appreciation of and the longing for. its like a modern cafe and wi-fi hub of increasingly disconnected people connecting within pallettable methods.

HER is like a triple shot, half-double decaf with a twist of lime and sugar-free sugar…. or at least that is its starting point.

What mostly comes to mind when I think of HER, though, is how the movie uses colours (in setting, costume, and temper), deploying them with a manipulative brilliance—as if I were a teenager once again and the film my mood ring. Pale purples and caramel browns. Sage. Putty and ecru. O’Keeffe reds and Eve Klein blues. Rothko Raspberry. Creamy whites like blanched almonds. Pastels the shade of sea urchins and a light mocha weave of a sofa in sillican valley, as if the future is Atlantis—washed-up and sun-speckled. And yet, HER never appears too tailored or too dear. It does not champion specificity, but, rather, seems strung together with bashful “me too” moments, emerging as a warm recognition of that pang with which we are all acquainted but are experts at disguising: loneliness. More than most films, the chromatic design of HER accommodates the side of us that indulges in sad songs, or familiar and melancholic scenarios.

HER is a beautifully paced movie with a special sentiment. all that combined with a Charlie Kaufman style of story idea, subtle yet complex visual choices and fantastic performances – all go to make this film a strong recommendation from Fat Nancy.

HER is on general release now.

most of the contents of this article are courtesy of  a very talented writer Durga Chew-Bose at http://www.randomhouse.ca/