In many countries, eating meat is part of the national identity. Think of Australian barbecues, American cowboys and South African gatherings where chicken is considered to be a salad!

Of course, there are many parts of the world where vegetarianism is widespread, largely because of religious principles and dietary laws. Hindus, Jains and Taoists all advocate vegetarianism to a greater or lesser extent, and this has a positive effect on the availability of vegetarian food in India. Statistics have indicated that Indian people have the lowest rate of meat consumption in the world and most restaurants in India clearly distinguish and market themselves as being either “non-vegetarian”, “vegetarian”, or “pure vegetarian”. But can a”pure vegetarian restaurant” please a staunch meateater? Fat Nancy took a trip to “Govinda’s” to find out. 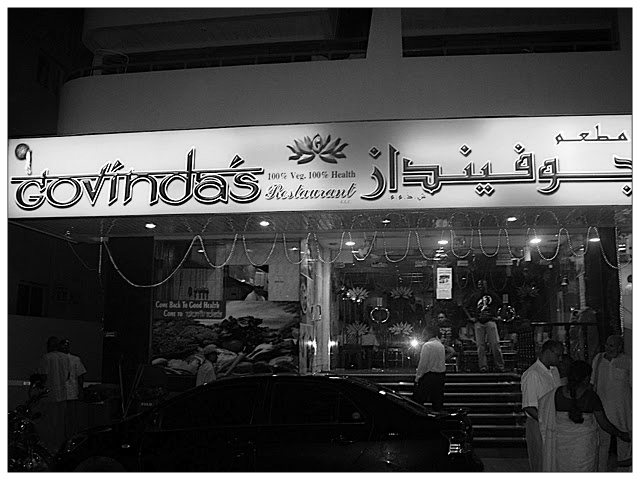 Welcome to Indian restaurant  ‘Govinda’s’ It is in an area called Karama, in Dubai. As we entered the restaurant, we all noticed a giant fake tree climbing above each of the tables. You’d be forgiven for thinking that this is maybe style over substance. But wait, They also make their own ice cream and blend fresh fruit. It is all very good but we strongly suggest you try the malai coconut served in a fresh green coconut.

The food arrives… A variety of different dhals, Paneer dumpling curries, a Dhum biryani cooked in a clay pot where a kind of chapati is baked on the top as a lid.  FNND has since been back to Govinda’s quite a few times and the only complaint is leaving too full because they use alot of ground nut in the sauces. 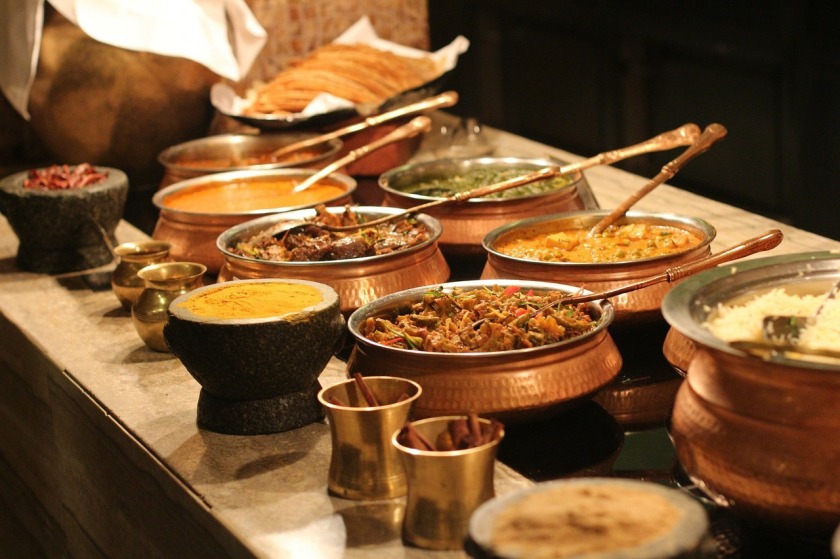 Not only did we like the food, but we were also impressed by the ingredients too. The restaurant is a pure vegetarian restaurant and it believes in serving food that’s good for the mind, body and soul. Based on the ‘Satvik’ principle (food that the body can harmonize with). Using hand-picked herbs and spices, the freshest vegetables and dairy products, Govinda’s  prepare the healthiest vegetarian food you can imagine. If you are someone who felt that vegetarian food is bland, boring and insipid then you are in for a little surprise.

Or find them on our FNND map.