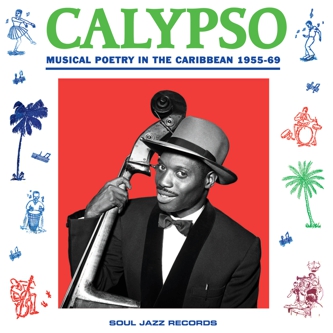 Available in all good retail and internet stores or direct from Soul Jazz Records.

This new album features the music of Calypso in its many styles. Included is music from its birthplace – the island of Trinidad – as well as a number of other Caribbean islands (including Jamaica and the Bahamas) and its subsequent onwards journey (Britain, Panama and the United States), recorded during the years 1955-69.

Calypso is one of the most exciting and enduring forms of musical expression to emerge from the beginning of the 20th century – swinging, persuasive rhythm, brilliantly expressive melodies and lyrics of great humour and wisdom.

Calypsonians songs play out a role in society similar to the storytelling Griots of West Africa (and the corresponding music of Kaiso); with their own tales about popular and incredible news items, modern life, local politics all mixed up with sexual innuendo, one-upmanship, comedy and more. 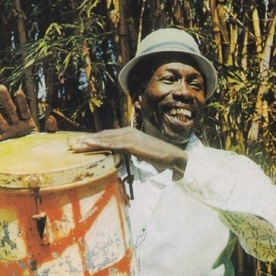 At its source, Calypso is intricately and inextricably bound to the social history of Trinidad and its myriad of traditions, beliefs, folklore and fables. As the music spread around the world, both from the diaspora of many of its performers, as well as its commercial success, the subjects of songs similarly took on local topics.

The most notable singer of Calypso in England was the Trinidadian Lord Kitchener (Aldwyn Roberts), who came to Britain in 1948 on HMS Empire Windrush (along with fellow Calypsonians Lord Beginner and Lord Woodbine).

The songs vividly capture the popular news stories and fashions of the era – the first Man on the Moon, James Bond’s Pussy Galore, bed bugs, Voodoo, love in cemeteries, West Indians in England, Bossa Nova, the Iron Curtain, and a story of a white man who had a black heart transplant operation. 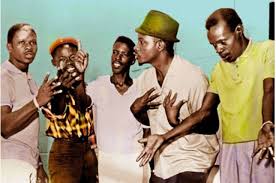 This album celebrates a criminally unsung and under-documented art form in the modern age and comes with extensive sleevenotes on the history, social context and geography of Calypso, as well as exclusive and stunning photography, original artwork and notes on all the artists and songs featured.