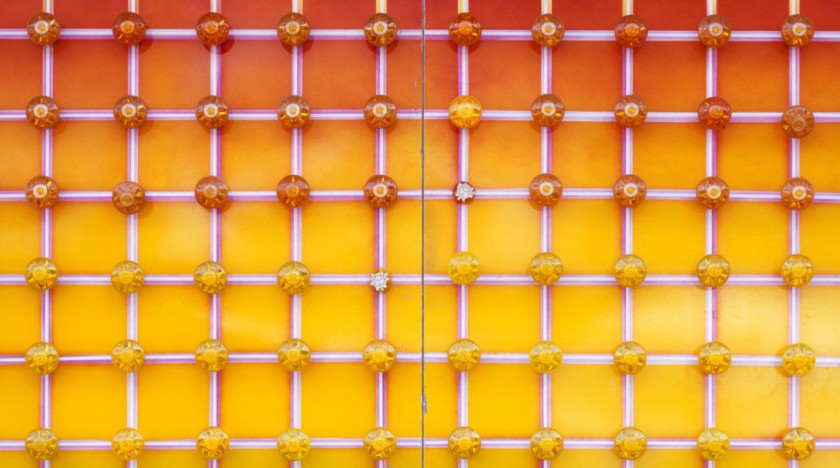 R&S Records throw a curveball for 2016 with the debut recordings from ‘Nonkeen‘, a super-group of sorts composed of Nils Frahm, Sebastian Singwald and Frederic Gmeiner. Having been friends since childhood the trio have come together to record ‘The Gamble’ a highly evocative mixture of future soundtracking trip-hop and electronica. They reassembled and produced a stunning LP which fuses influences from radiophonic film score techno, hazy guitar drone and post-rock funk. Nils Frahm has described ‘The Gamble’ as the record that he is the most proud of, and from early listening its sure to be one of the peak highlights in his endlessly enjoyable discography.

The video for ‘chasing god through palmyra’ from the upcoming album portrays the close friendship between a man and a machine bonded by their escape fantasies as they circle together on an endless loop along the tracks of life inside a repetitive and psychedelic world. Drafted, filmed and edited by FELD in close collaboration with nonkeen and the mectub railway club Berlin.

Gmeiner and Frahm attended the same primary school in a rural suburb of Hamburg, and their mutual interest in sound recording brought them together to form the basis of a long-lasting friendship. In their second year of school, they began producing their own radio show, which featured incidental sounds from the school ground, the voices of their teachers, and recordings of themselves practising their instruments, all recorded on rudimentary tape machines for kids.

After the Berlin Wall came down, Gmeiner and Frahm were eager to visit Singwald to play together as a band. Singwald’s uncle invited them to perform their original material on his fairground in Plänterwald over the summer holidays. Moved by the notion of a reunified Germany, their parents supported their friendship and their long stays in East Berlin. The band continued to perform on the fairground for several weeks each summer throughout their childhood years.

But in the summer of 1997, when all three members had turned 15, a disaster would halt their musical careers and end their collaboration: their performance was abruptly cut short when the chained seats of a nearby carousel broke off and two of its passengers smashed into the stage. One victim landed feet first in the bass drum, and another crashed into Singwald’s bass amp. As the injured were hauled into an ambulance, Gmeiner, Frahm and Singwald left their broken instruments behind, swore off music collectively and went their separate ways.

Well into their twenties, and now living in Berlin, Gmeiner, Frahm and Singwald resolved at a drunken reunion that they wouldn’t let the past rule their lives and cast a shadow over their band any longer. They began to play music again, meeting privately in Singwald’s basement for long experimental sessions, which they recorded on their tape machines, just like in the old days. They listened to their childhood recordings nostalgically, adding parts to some and sampling others. After eight years, an album had grown organically from this process.

Nonkeen’s The Gamble is out on R&S on February 5 and available on double vinyl LP.