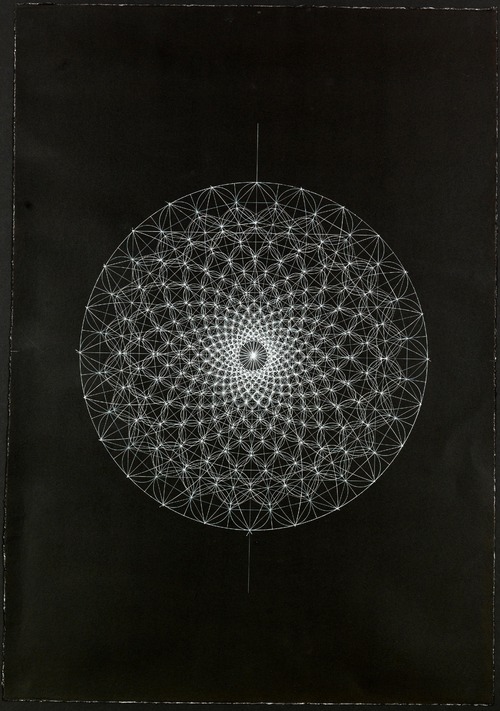 It is always interesting to see the clean edit of a gallery’s rota of artists in the commercial element of an art fair … but the fun stuff happens in the rapid exchanges of information, the intense but fleeting conversations, and importantly – the non-profit sections/projects. As Art Dubai develops its non-profit areas each year, the programming has, perhaps inevitably, become more rigorous. Its geographical location – at the crossroads of cultures, aesthetics, politics and religions –  gives it a unique position to shed light on some new and relatively un-explored territories when it comes to contemporary art but also, to initiate some weighty discussions. The Art Dubai team seem to make the most of every opportunity that a commercial fair in a burgeoning art scene can provide, building a non-profit programme that stretches from newly commissioned works in incubus stages to a series of public talks, radio station, book launches and performances. Drawing on the conversations and connections that are made and grow year on year, it has become not only a fair that attracts increasingly established galleries, but also a meeting place for the Middle East, North Africa and South Asian art community. Perhaps as Anne Somers Cocks puts it, Art Dubai has become a sort of Makkah to art world intellectuals.

The Art Dubai Projects were a new introduction for 2014, curated by Fawz Kabra, with the artists Nadia Ayari, Youmna Chlala, Clark House Initiative, Sunoj D, Maitha Demithan, Sara Al Haddad, Shuruq Harb, Najat Makki, Amina Menia, Maryam Al Qassimi, Mounira Al Solh and Hajra Waheed. Five of the artists were also part of AiR 2014, a collaborative residency between Art Dubai, Delfina, Tashkeel and Dubai Culture. Of these, FN hadn’t come across Sunoj D‘s work before – his practice centres on articulating concerns regarding natural and geographic environments in relation to his own personal and social history. Through these personal statements he raises concerns about the cultural, social, political environment within which he lives and works – for the last three months in the Al Fahidi district of Dubai. In the Al Fahidi space, he marked out in graphite on the walls the exact equivalent number of dollars, dirhams or rupees that was allocated to him as a production budget. The equivalent in rupees covers an entire corner of the gallery space, each dot organically building on the last. The dollars are neatly marked out in stacks of 5, a simple grid on the wall that looked as much as though days were being counted down as currency was being stacked up. The work seems to draw on the particularities of our subjective/cultural relationship to funds, how we make use of them and the impact of currency on social, cultural and political freedom and status in a transient environment of ‘ex-pats’ and imported labour such as Dubai. You can find out more about Sunoj D here.  Not strictly related to Art Dubai non-profit – this work is on at Sikka till the 25 March (today!) and well worth checking out, along with the other artists who were part of AiR 2014: Nadia Ayari, Maitha Demithan, Sara Al Haddad, Maryam Al Qassimi. 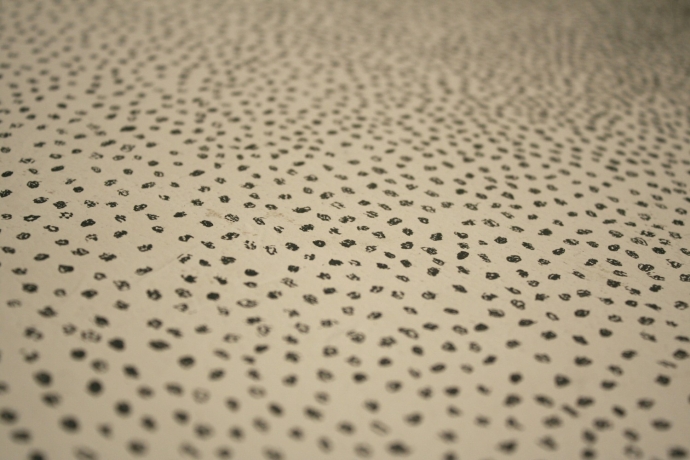 The Abraaj prize this year was curated by Nada Raza and awarded to Abbas Akhavan, Kamrooz Aram, Bouchra Khalili, Basim Magdy and Anup Mathew Thomas. It was encouraging to hear that the Abraaj Prize next year will be more focused and only awarded to one artist. The saved funds will be re-allocated to a new scholarship for an artist to do their MA at the Royal College of Art in London. 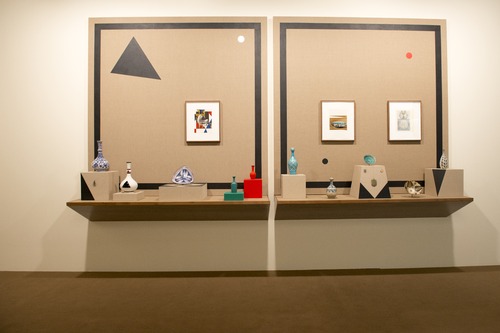 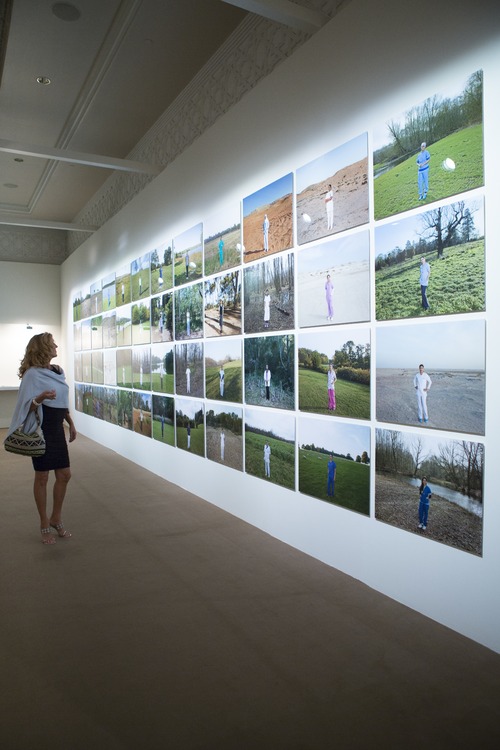 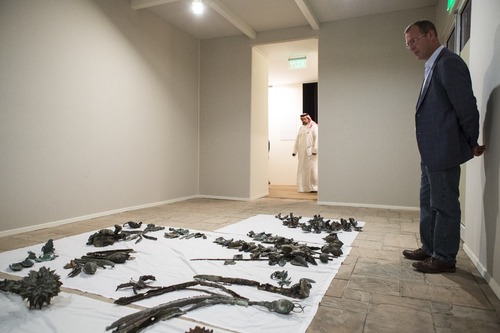 Very sadly …  FN didn’t have a moment to go to the Global Art Forum, curated by Shumon Basar. But as with Falgoosh radio (below) you can catch up online on the Art Dubai website. A response from a key journalist here from London was that it was more thorough, thoughtful and coherent than last year. The programme focused on key moments in history for example, artistic cross-fertilisation between Iran and Dubai, closely linked by centuries of trade and migration, but separated by politics; what Kuwait might have been, judging by developments from 1942 to 1982; Soviet Orientalism in 1920. Speakers included Okwui Enwezor, the curator of the 2015 Venice Biennale; Hans Ulrich Obrist, the world-whirling curator; Adam Szymczyk, the director of Documenta 2017; Oscar Guardiola-Rivera, the author of a book about the military coup against the Chilean president Salvador Allende in 1973; Sulayman al Bassam, the Kuwaiti playwright and director; Solange Farkas, the Brazilian curator of video—and many more.

The radio programming ‘Falgoosh’, curated by Fari Bradley and Chris Weaver provided a more colloquial overview of the fair – exhibitors, writers, artists .. often being interviewed by Fari, with her sharp wit and enthusiasm. Whilst the fair may be over, there is a lot of accumulated online material worth digesting in your own time here. The programming aims at bringing out “the hidden human mechanics and emotions of the fair in a pointedly local lexicon and syntax, rather than ‘International Art English’.”

Another non-profit section is Marker – this year curated by Slavs and Tatars. It’s Art Dubai’s curated programme of galleries and artspaces, focusing every year on a particular theme or geography – for 2014, it looked to Central Asia and the Caucasus. “[Marker 2014] gives us a crash course in the former Soviet republics of the Caucasus and Central Asia, a huge terra incognita, but not the boondocks. The Soviet academy system has seen to it that these are well-trained, sophisticated artists. We just don’t know their names because there is next to no market there, so they have not been branded yet.”  Read more from the Art Newspaper here. 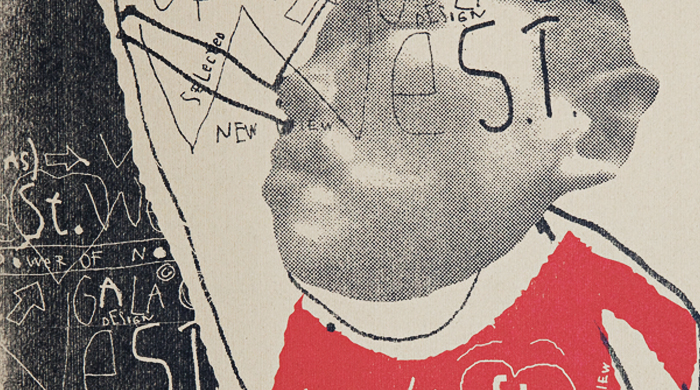 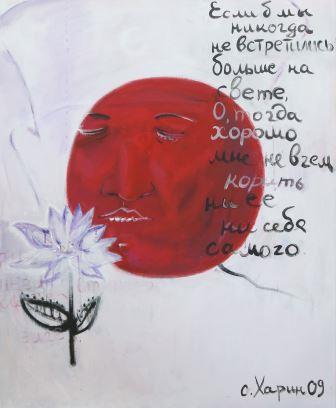 Stanislav Kharin, Poetic Entente or Occupation of the Heart, 2009, Courtesy of North Caucasus Branch of the National Centre for Contemporary Art 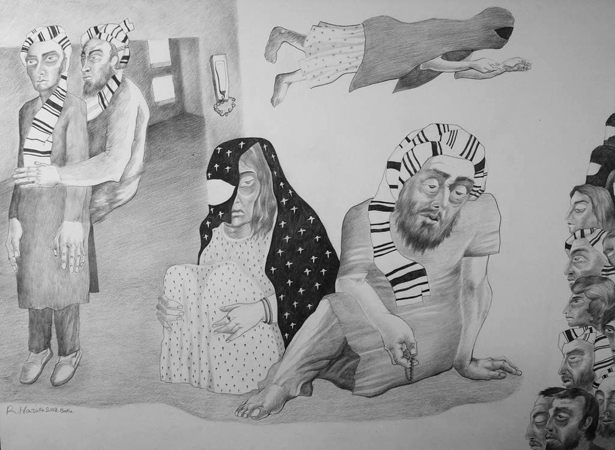 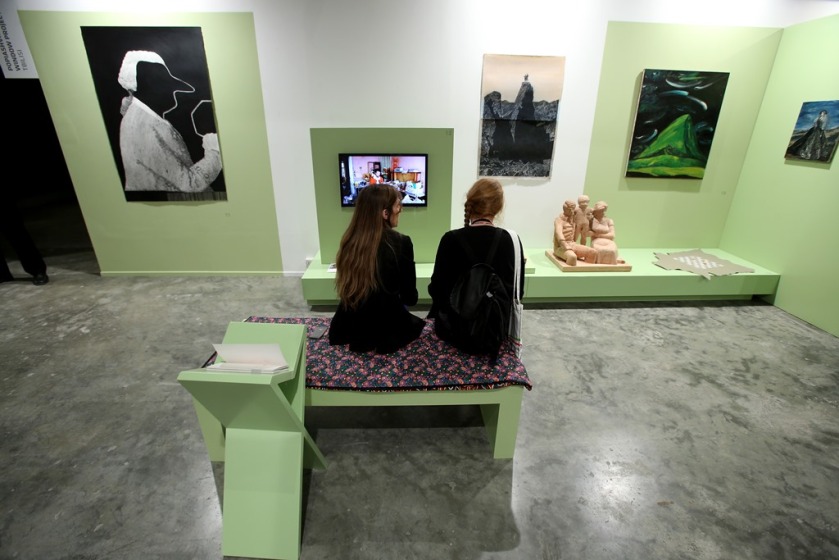 To counter FN’s keen interest in the non-profit strands of the fair, here are a few (some terribly taken) pictures of interesting works that were on sale: